After months of working from home, missing my friends, yearning for that everyday life that seems so special now, I would have thought the news wouldn’t pack the same punch. But when my boss called to tell me the Oklahoma State Fair was canceled for 2020, it rattled me.

The preceding weeks and months had already seen so much of Oklahoma’s culture postponed. Norman Music Fest will come back in 2021. The OKC Dodgers won’t play this year. At least deadCenter Film Festival found a way to take their screenings to a virtual space, but let’s not kid ourselves—packing into theaters with friends and strangers to see films you’d never see anywhere else was half the fun. 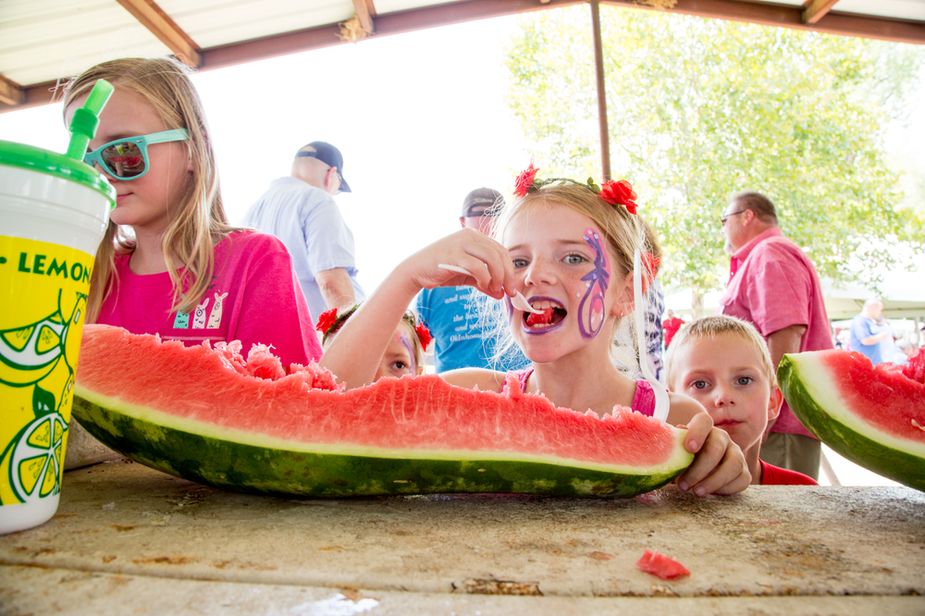 The Rush Springs Watermelon Festival was one of the many Oklahoma festivals canceled on account of COVID-19 this year. Photo by Lori Duckworth

One of my jobs is editing the Weekly Events Calendar and it’s become a daily occurrence to find another festival or fair has been pushed off, sometimes indefinitely. From a work perspective, it’s annoying. From the perspective of a guy who likes to drag his kids out of the house for bouncy castles, food trucks, and pony rides, it’s a gut punch.

McLoud pulled a deadCenter and fundamentally altered their annual blackberry festival to a drive-thru event. It’s a smart idea—keep the festival annual and help blackberry farmers who depend on the festival for their livelihoods—but I know it wasn’t what they wanted. 2020 feels like the year when nobody gets what they want.

But I’m not ready to give in to 2020 just yet. So instead, I’m going to throw my own Oklahoma festival and I suggest you give it a shot, too. 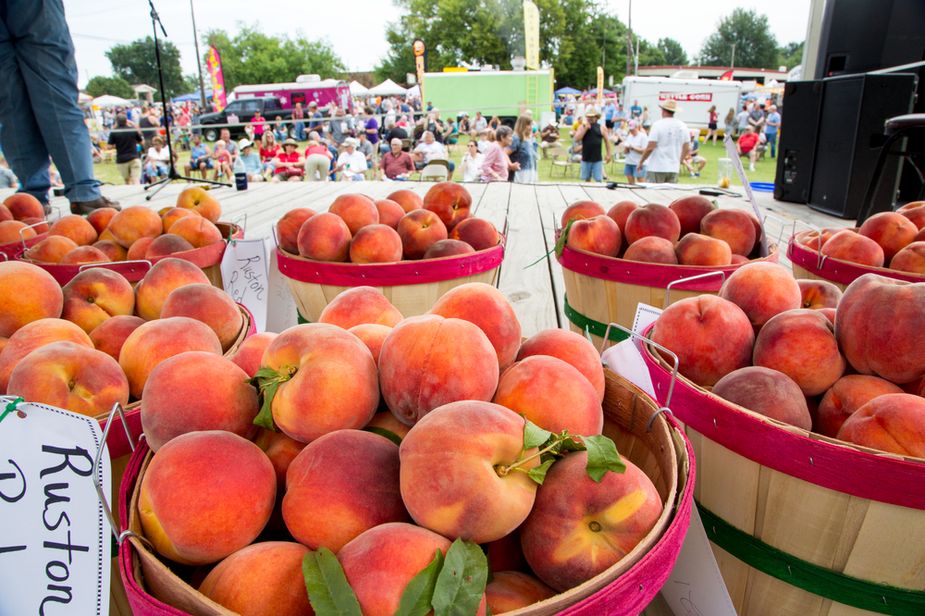 The Porter Peach Festival went virtual this year, but you can still get plenty of peaches from Porter and put on your own party. Photo by Lori Duckworth

Maybe you’re aching for the Rush Springs Watermelon Festival or the Bixby Green Corn Festival. I know it was the pits when the Porter Peach Festival was canceled. Choose one or combine them all into a Mega Oklahoma Stay-At-Home Fest. Or pick some other theme, like Back to School, The [Your Name Here] Festival of the Arts, or UnicornFest—as long as it's one you and your crew will enjoy, go for it!

What makes most festivals great, at least in my opinion, is the chance to eat a bunch of different variations on the same ingredient. In Luther, it’s pecans. Pecan pies, pecan candies, pecan-smoked meats—you get the idea. Do you like okra? Go crazy with it! Gumbo with okra, pickled okra, Mediterranean lamb-and-okra stew! If you want to try corn, consider frying corn nuggets, making your own elote, or doing a big pot of creamy, cheesy grits. Try a few new things and some old favorites and you might surprise yourself. If you’re going for the Mega Oklahoma Stay-At-Home Fest, try cooking our state’s completely insane Official State Meal.

Oh, and eat a corn dog. It’s not a festival without corn dogs. That’s like the first rule of festivals. 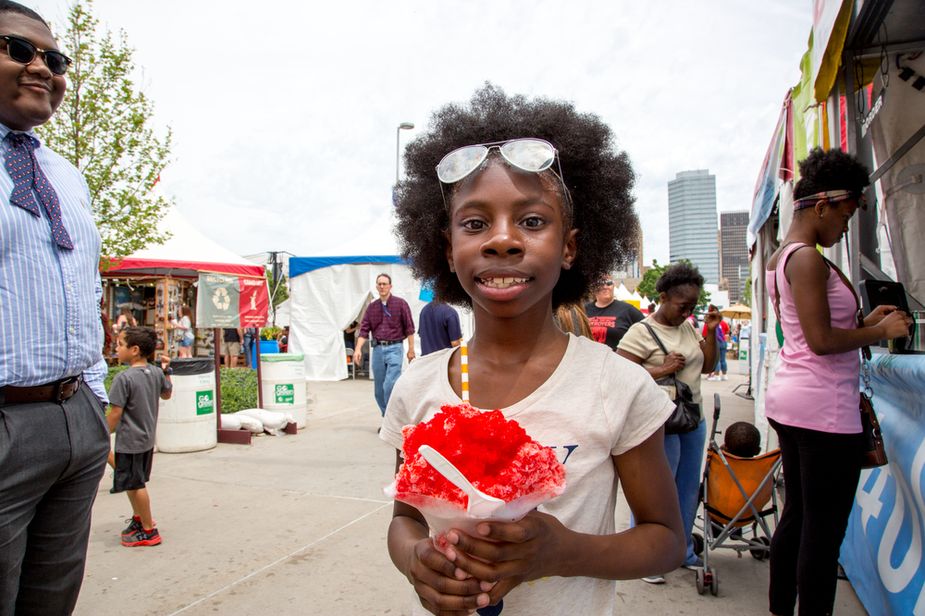 Make shaved ice or any of your other festival favorites, like this massive snow cone at the Oklahoma City Festival of the Arts. Photo by Lori Duckworth

It’s not a festival without some crazy knick-knacks. Give your watermelons a fresh coat of paint, like enormous Easter eggs, or use colored paper to decorate your own watermelon hats. What about corn husk dolls? Or paint your (cleaned up) peach pits and make a track to roll them for downhill racing. If it doesn’t work, well, it doesn’t work, but maybe you’ll stumble upon something weird and fun you can do every year.

This kind of undertaking is a big pain. I mean, ask any festival organizer and they’ll tell you putting on an event like they do year in and year out is a huge hassle, but they do it anyway because it’s so much fun for everyone else. Your smaller-scale home festival will be fun for your family and, I hope, for you, too. Take a bunch of pictures. Make T-shirts. Maybe making the Wolrd's Largest Onion Burger, like they do at the El Reno Onion Burger Festival, is too much for your family. But getting everyone involved is half the fun. Photo by Lori Duckworth

Life isn't going back to normal right now, much as we wish it would. Grappling with that is hard. It's something I deal with daily. But that doesn't mean you can't still have fun and create your own new normal ... at least for the time being. Who knows? Your family's festival might live on each year and become a funny story your kids tell their kids. Or maybe you just get through another day with a little more fun and frivolity than usual. It couldn't hurt to try.