Back in the Saddle

The first toy I bought with my allowance was a sky blue My Little Pony with hot pink hair. My bedroom was never without a fantasy landscape poster featuring a pegasus or unicorn. I rode my first horse at the age of four while visiting cousins in Poteau (I’d previously ridden a pony named Chico at a fair but was disappointed by his small stature). This was a properly large horse, a conspicuously pregnant black and white pinto who carried me along an August-baked pasture with gentle ease. 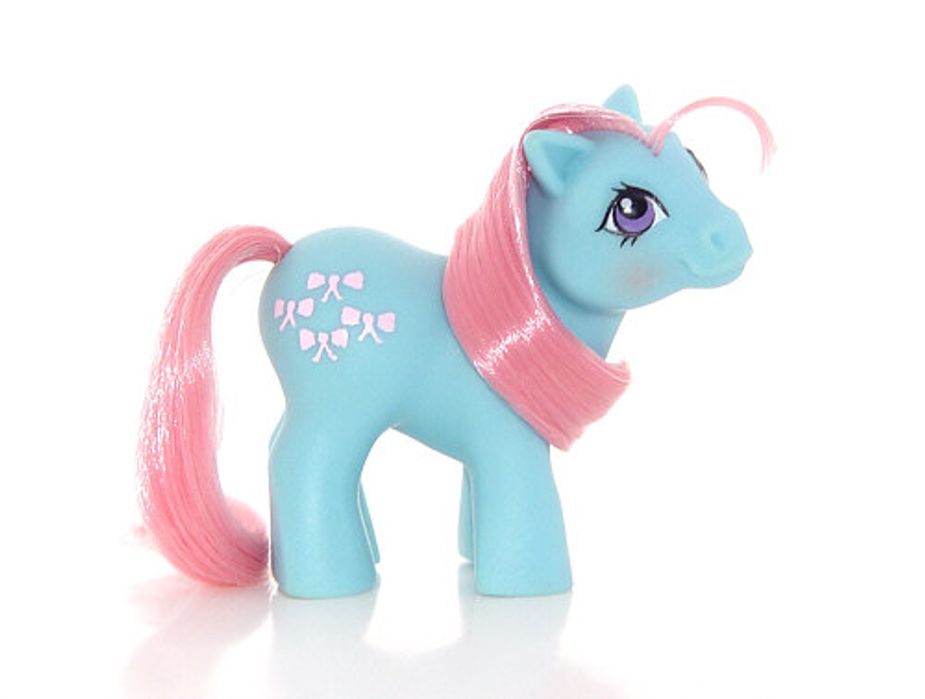 As a child, I wanted to be a horse rider, but the stables around my house in Washington state were prohibitively expensive and most required you to board your own horse to take lessons. So, I asked my mother to build me a robot horse. She agreed. I drew up some straightforward plans on notebook paper. The premise was basically the equine equivalent of Teddy Ruxpin, a talking animatronic bear toy advertised on Nickelodeon seemingly every half-hour in the late ‘80s and early ‘90s. My mom simply needed to mold a life-sized horse from plastic and insert a cassette tape in its stomach to bring it to life. For months, I asked her when she was going to get started. I left what I hoped would be inspirational Playmobil and Breyer horses next to her when she fell asleep in the recliner.

Finally, one day, she said: “I’m not sure I know how to build a robot. Maybe we can get you a carousel horse?”

This also did not come to pass. Sensing my mom was not going to come through on the horse front, I eventually saved up $100 of allowance money and bought one myself: a four-foot-tall plush bay mare perched above the highest shelves at Toys “R” Us. Within days, the wires in her legs that held her upright were bent beyond their limits when my adolescent neighbor Jim sat on her in the front yard. I screamed. I wept. From then on, my poor lame horse peered out from behind the sofa, useless and bitterly discarded.

“Do you think we should shoot her?” a family member asked.

It has been well over a decade since I rode a real horse and my last few experiences had not been good ones. My love of the idea of riding gradually had festered into an emotion more akin to dread. Getting on a horse seemed like a perilous undertaking. But my curiosity was piqued when I drove by Honey Lee Ranch in Jones one day. The picturesque ranch canopied by acres of forest looked magical and I wanted to get out of my car. I didn’t, but in the course of research for an Oklahoma Today article about summer activities, I decided to give the ranch a call. 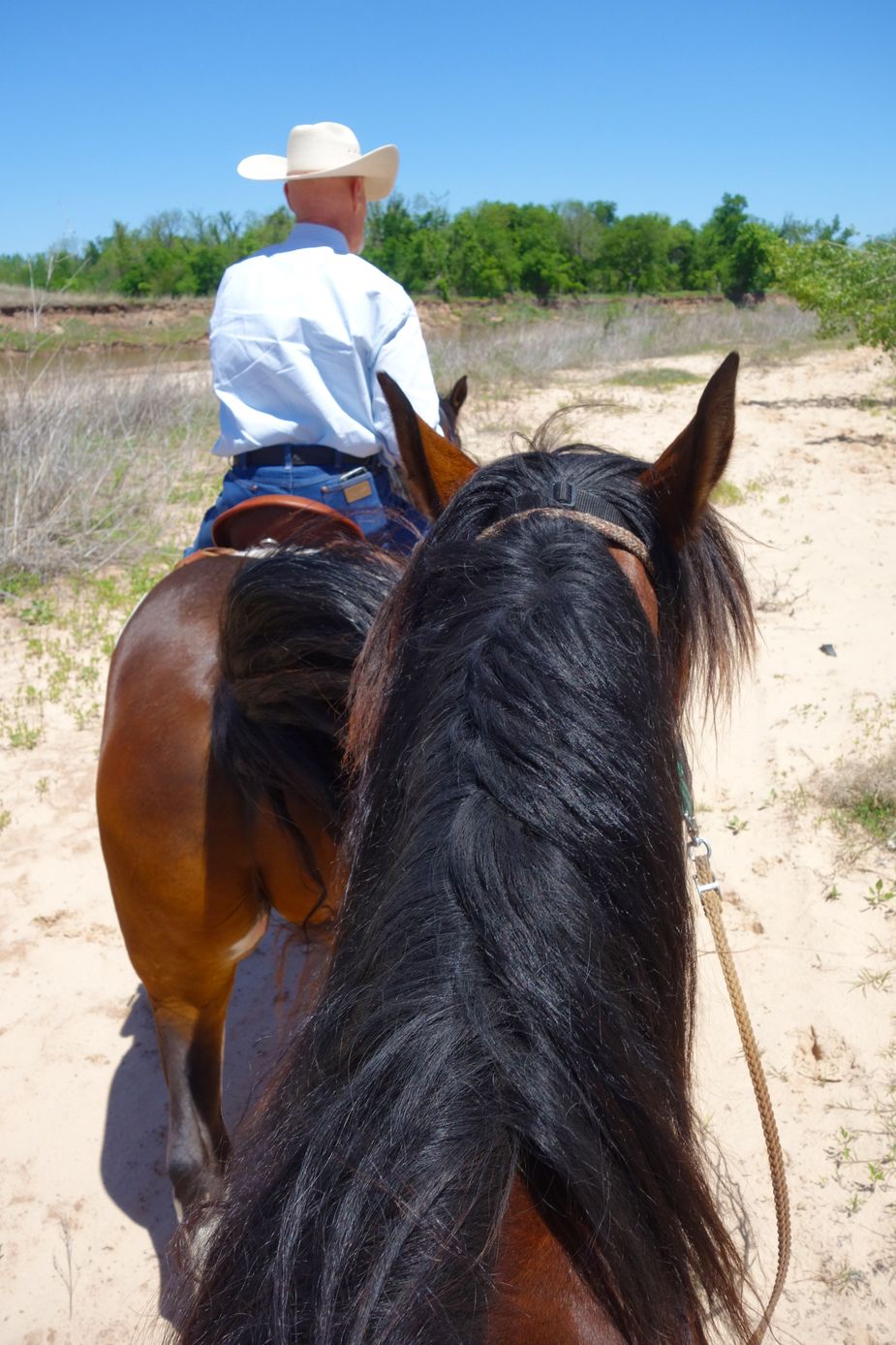 A view from a trail ride at Honey Lee Ranch. Photo by Megan Rossman

Jeanne Keffer Remer, who owns Honey Lee with her husband Keith Remer, answered and told me all about their operation. Toward the end of the call, she suggested I should come out and ride. Maybe sometime in the spring I agreed, interested but apprehensive.

With sunny days and seventy-degree weather upon us last week, I figured there wasn’t going to be a better time to go out. I made the short, scenic drive out to Honey Lee Ranch, which is located near Northeast Sixty-third Street and Midwest City Boulevard. The Remers bought the property in 2008 and spent the first three years cleaning up the land before Keith spent the next two cutting trails through it.

Today, about twenty-five miles of trails wind throughout one hundred and sixty acres of land that encompasses meadows, thousands of trees, and a strip of the North Canadian River. Jeanne houses twenty-five horses, many of which are retired performance and show horses they lease, along with three miniatures.

The Remers, along with staff and volunteers, guide one-hour trail rides, three times a day, Thursday through Sunday. They also offer sunset rides for two on Fridays and Saturdays. The accompanying campfire picnic of wine, cheese, meats, fruit, and s’mores overlooking the river revs up the romance factor. Marriage proposals are not uncommon here at the ranch. 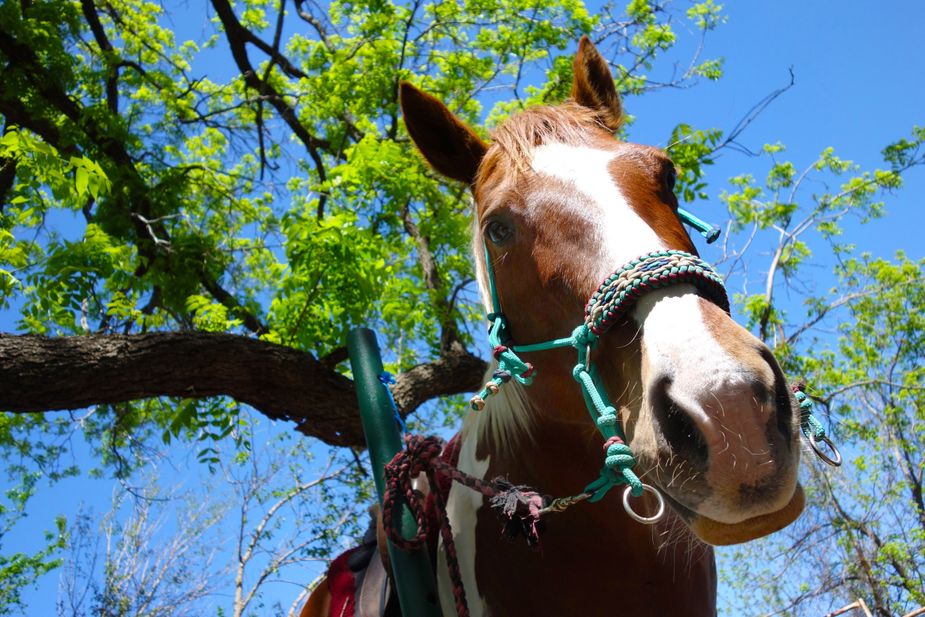 No engagements happened on my ride, but I did fall in love a little bit with my horse. Rebel is a chill Mustang, intimidating in height, but calm and gentle in demeanor.

As we set off, Keith and Jeanne pointed out landmarks, told me ranch stories, and talked about their partnership with Nexus Equine, an organization that aids at-risk horses. As she talked, it was clear that Jeanne lives to ride, and that’s exactly what she does most days. Seeing other people’s enthusiasm for her calling is icing on the cake, particularly at the children’s birthday parties they host.

“We have so many little girls that tell us it’s the best day of their life. We want these crazy horse girls to become crazy horse women, like all of us,” she said, laughing and gesturing to her female staff members and client riding with us. 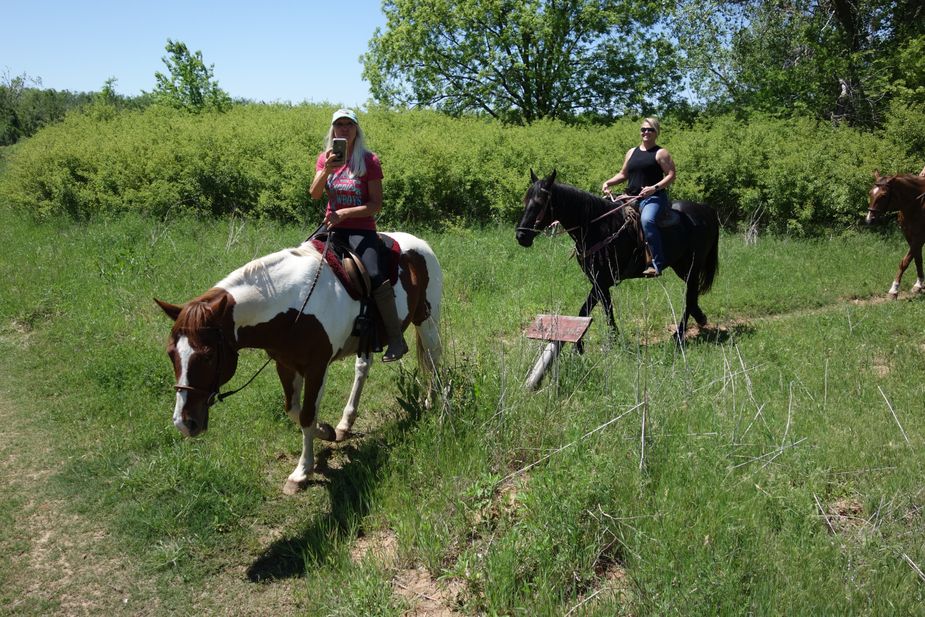 Seated atop Rebel’s back, I felt like a giant meandering along the shady trails, as the trees gave way at various points to reveal scenes of sun-bleached river sandbars, expanses of bright, new spring green, and a huge thicket of sand plums. There was no sound of city noises or highway traffic, just the beat of hooves, birds twittering, and the soft whoosh of Oklahoma’s ceaseless breeze. My brain, usually twittering with static and noise, felt quiet. I was focused only on my immediate surroundings, the warm sun on my hair and the smooth gait of the animal beneath me. With the right supervision and a laid-back steed, riding a horse can be a meditation, even for a beginner like me.

Despite my promising childhood symptoms of horse mania, I may never be a crazy horse lady like Jeanne and her crew, but I think it’s a goal worth aspiring to. 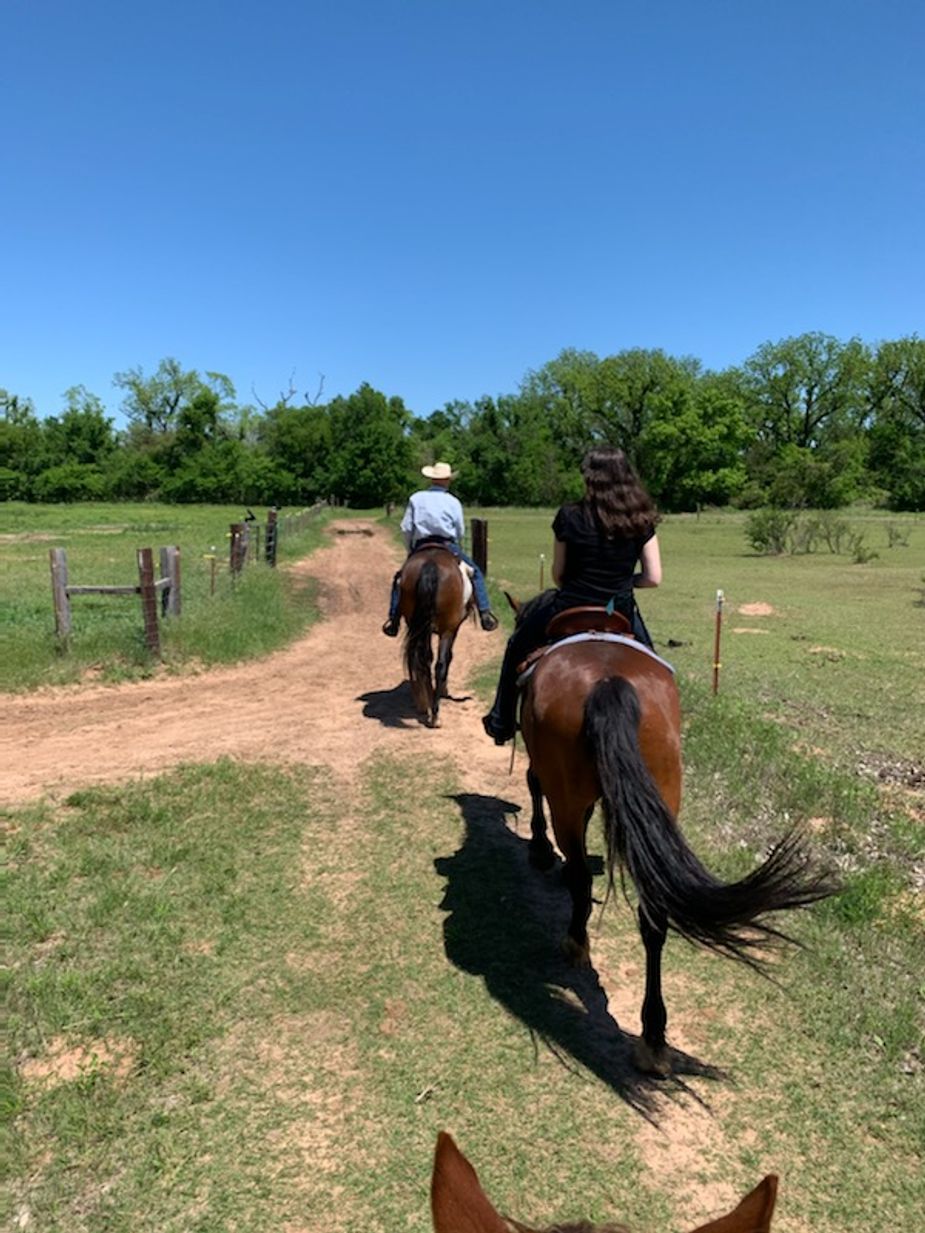 Megan riding off into the not-quite-sunset. Photo by Jeanne Keffer Remer

The ranch can be booked for birthdays and other events. 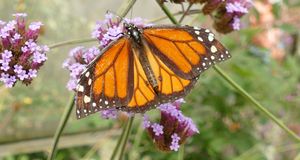