“Art is everywhere!” is a technically true statement, but since we’re a bunch of editors, we like to be more specific. So, specifically, art is at the Stephens County Fair & Expo Center in Duncan during the Chisholm Trail Arts Council’s Arts Explosion. This week-long series of arts classes teach kids and adults alike how to create a variety of media, including pottery, watercolor painting, and more. July 18-22. Tuition, $55-$80. chisholmtrailarts.com 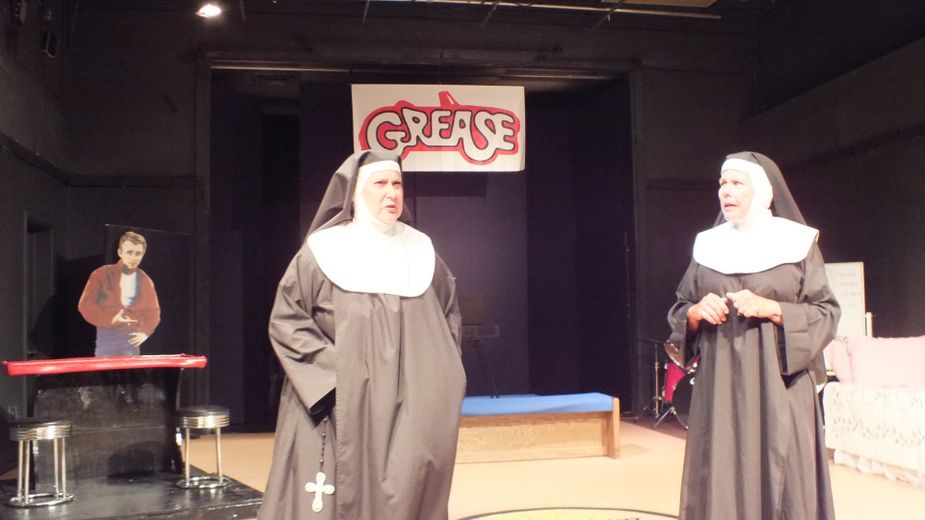 What’s funny about an accidental poisoning that leads to the death of a bunch of nuns? A lot, apparently, if you listen to the reviews of Nunsense, presented by the Grove Playmakers Theatre. This hysterical musical comedy follows the Little Sisters of Hoboken as they put on a cabaret to raise money to honor their fallen sisters. It’s a singing, dancing, knee-slapping good time for audiences all month long. July 18-31. Tickets, $8-$15. facebook.com/groveplaymakers

A lack of education will haunt a person for their entire life, so between attending the University of Oklahoma Ghost Tour or not, going on the tour is the safer option. Author and general fan of spookiness Jeff Provine takes guests through the university to discover the legends and unexplained phenomena of the Norman campus. While the tour is free, donations are accepted to help create scholarships for current students, which means these hauntings are pro-education. July 20. Admission, Free. hello.ou.edu/register/ghosttour Learn more about one of Indian Territory's most famous lawmen at the Bass Reeves Western History Conference in Muskogee. Art by Don Gray

Those who haven’t heard the name Bass Reeves before better listen up, because this boundary-breaking lawman is having a pop culture renaissance with books, movies, and films depicting his legendary deeds. Head to Muskogee, where Reeves was once a police officer, for the Bass Reeves Western History Conference and learn more about the man some believe was the basis for the Lone Ranger as well as other historic figures. July 21-23. Registration, $65-$135. 3riversmuseum.com Dine on haggis and other classic Scottish fare as you celebrate Sctoland's greatest poet during Robert Burns Night in Tulsa. Photo courtesy Scottish Club of Tulsa

Since 1956, the Scottish Club of Tulsa has celebrated famed Scottish poet and lyricist Robert Burns with a night of traditional fare, bagpipes, and kilts. Though it was postponed by COVID last year, Robert Burns Night returns to American Legion Post 308 in Tulsa this week with plenty of dancing, singing, and good cheer. July 23. Tickets, $25. scottishcluboftulsa.com/burns-supper