When Pumpkin was born at Chester’s Party Barn & Farm on October 5, 2021, the staff could hardly believe she was real.

When Robin “Chester” Hocker, owner of the Piedmont pumpkin patch and fun farm, rescued miniature horse Susie Q six months earlier, he suspected she might be pregnant but thought her distended belly could be due malnutrition or some ailment. Then, during a routine hayride, the tractor driver spotted a little bundle of black fur curled up underneath a tree.

“He called me and said, ‘I think we have a baby out here,” Chester says.

When she was born, Pumpkin was one inch taller than the Guinness World Record-holder for smallest horse. Photo courtesy Chester's Party Barn

The driver scooped up the foal, gently placed her in his lap, and delivered her to the boss.

“I was like ‘Oh my gosh!’” Chester says. “She was like a Barbie doll’s horse. I’d never seen one so small. So we measured her, and it turns out she was fifteen inches tall.”

At the time, the world record-holding equines stood fourteen inches, so Pumpkin was just a little too tall—likely the only time she’ll ever be described as such. But since those two horses passed away in recent months, Chester believes their little filly has a strong claim to the crown. Rather than pay the hundreds of dollars for official verification from Guinness World Records, Chester has decided to invest in Pumpkin’s health and well-being, which is surprisingly large for such a tiny creature.

With her onyx fur, huge dark eyes framed by eyelashes that go on for days, and luxurious black mane, Pumpkin has the look of a miniature model. But when she was born, her walk needed some work. Her hooves had begun to turn inward, causing her to waddle awkwardly. With the help of a veterinarian and a ferrier, the filly was fitted with a pair of orthopedic shoes that correct her stride. This specialized footware has put the pep back into the little horse’s step, but they need to be replaced every six weeks. That’s why Chester and his team is hosting Pumpkin’s First Birthday Fundraiser on Saturday, October 8.

“Our goal is to create an environment where everyone participates in her wellbeing,” Chester says. “We’d like to help offset the cost of her veterinary care and farrier care—that kind of thing—but more importantly we want to create a community-wide effort.”

During this Saturday’s soiree, in addition to snacks for themselves and the petting zoo residents, partygoers can purchase T-shirts that proudly display #IStandWithPumpkin, along with an adorable photograph of the teensy trotter herself. This is all part of the effort to create a movement of compassionate folks to rally around Pumpkin.

Of course, Pumpkin herself will be the main event on Saturday, but there will be plenty of other activities to fill the day with fall fun. Unlimited pony rides, barnyard games, a mystery maze, tractor rides, a giant slide, face painting: There’s something for just about everyone. And Pumpkin won’t even be the only animal on hand to greet guests—the Party Barn contains chickens, goats, a pair of pigs named Waylon and Willie, Peanut the dwarf cow, Carl the llama, and much more. Attendees also get a free pie pumpkin until they run out.

Chester’s Party Barn is celebrating its twenty-first pumpkin patch this year with good reason. The big man discovered his calling as a clown in 1978, and ever since then he’s made it his mission to make kids smile. In fact, the State of Oklahoma declared October 10 Chester the Clown Day in 1994. Since opening his barn and farm two decades ago, he’s helped everyone who walked through his gate to have a wonderful experience, no matter their age or background. And Pumpkin’s birthday should be no exception.

“I’m in the memory-making business,” Chester says. “I want to help parents be heroes to their kids and kids to be part of something good.”

If you want to be one of Pumpkin’s heroes, her first birthday and fundraiser is Saturday, October 8 from 9 a.m. to 6 p.m. at Chester’s Party Barn & Farm. Admission is $6-$12. 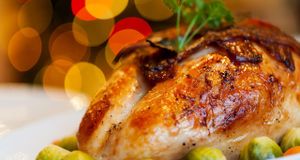