Typically, if I’m traveling for fun, it goes something like this: Arrive at hotel/Air BNB/whatever, stow my stuff, splash some water on my face, then go outside, set my eyes in a direction, and start walking that way. In Los Angeles in the fall of 2018, that was how I discovered that the place I was staying was a sixty-second walk from the Groundlings Theater. It’s also how, on that same trip, my husband and I ended up on the Sunset Strip, about three miles away from our stay in West Hollywood. But what a walk!

I don’t travel with an itinerary—that kind of thing feels more like work than play. But my laid-back travel persona disappears when there’s an art museum involved. In L.A., I made sure we carved out an entire day to visit the Getty. I love a museum. I love coming around a gallery corner to be floored by some breathtaking work of art, some piece by a giant of the form I’ve never seen, some ornately inscribed sacred text or modernist work of shapery. I love the random ephemera of history. And the most enjoyable damage I’ve ever done to my credit card balances has always been in museum gift shops. 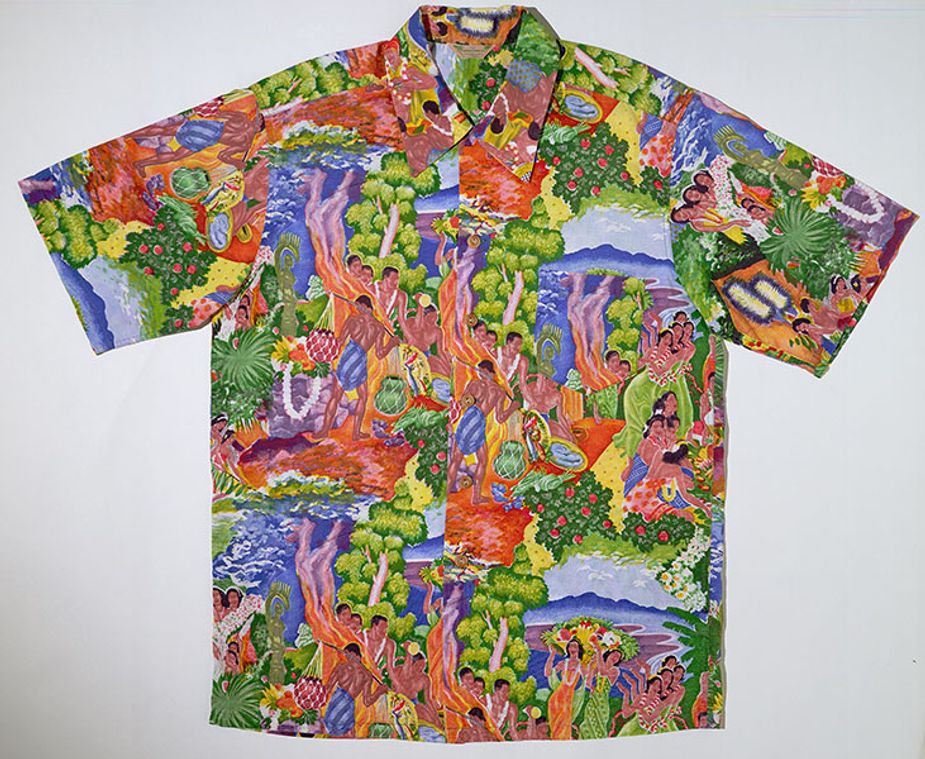 So it’s amazing to me that, until last week, I’d never set foot in one of the most incredible collections of cultural treasure in the state of Oklahoma: the Mabee-Gerrer Museum of Art in Shawnee. Located on the former campus of St. Gregory’s University—now the Oklahoma Baptist University Green Campus—this museum began when the late Father Gregory Gerrer began collecting tokens from far-off cultures in the late nineteenth century. You’ll read more about Father Gregory and the museum in our upcoming November/December issue of Oklahoma Today—Megan Rossman has written a fantastic feature that’ll make you want to drop what you’re doing and visit Mabee-Gerrer as quickly as you can. Artist John "Keoni" Meigs was one of the top designers in Hawaii. Photo courtesy Exhibits USA

But before that issue hits newsstands, you’ve got a chance to see a truly remarkable exhibit starting September 11. In Art of the Aloha Shirt: Keoni of Hawaii, 1938-51, the Mabee-Gerrer’s temporary exhibit space will explore one of the most enjoyable fashion pieces of all time: the Hawaiian shirt. With sixty objects including painted textiles, design sketches, swatches, advertisements, and of course, a collection of the shirts themselves, this exhibit explores one of the greatest creators of fabulosity to ever grace the fashion industry. The exhibit tracks the life and artistic career of John “Keoni” Meigs, a self-taught painter who became one of the biggest manufacturers of Aloha Shirts in Hawaii following their rise to popularity during the mid-twentieth century. Creating his first designs in 1938, Meigs studied Polynesian tapa patterns at the Bishop Museum in Honolulu. In his career, Meigs is credited with more than three hundred Aloha Shirt designs, and this traveling exhibit—it appeared at Idabel’s Museum of the Red River in 2019 and most recently was seen at the Museum of Art Fort Collins in Colorado—tracks his creative and design processes in a way that brings these flashy creations into sharper focus. The exhibition is curated by Hawaii native and garment industry veteran Dale Hope, who wrote the definitive 2000 book The Aloha Shirt: Spirit of the Islands.

There are about a zillion more reasons to visit Mabee-Gerrer, and you’ll read about them in Megan’s upcoming story (subscribe now if you don’t!). But if you want to know more about the ultimate party animal uniform, don’t wait: Art of the Aloha Shirt opens September 11 and closes October 17. 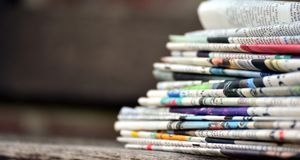