Furred, feathered, and finned Oklahomans are hard at work around the state.

In an effort to cut costs, Oklahoma City employees Monte and Sam transferred from Animal Control to supervisory landscaping roles where they oversee a crew of about sixty, all working dutifully to clear overgrown vegetation on approximately eighty acres of land along the Hefner Canal. This math may seem strange. A five-dozen-strong landscaping crew on eighty acres doesn’t sound like a money-saving move at all—until you add another number into the equation: Monte, Sam, and their crew are four-legged. These Hefner Canal employees are goats, and Monte and Sam are their watch donkeys.

“The idea came about in 2013 when the Utilities Department was looking for a way to better maintain the area around the Hefner Canal,” says Jennifer McClintock, public information officer for the Oklahoma City Utilities Department. “The area is narrow and has steep slopes, which makes it difficult for workers to maintain, especially along the embankments, where we have to use heavy equipment and machinery to cut down grass and other vegetative growth.”

After a trial run leasing goats from Langston University, the city started its own herd with four in 2015, now up to around sixty. In addition to the nimble goats’ ability to traverse tough landscapes, their appetites have helped save the city money and eliminate potential sources of pollution.

“In this particular area, it can not only cut down on the potential for worker injuries, but we also don’t have to expend money on fuel or equipment or use toxic chemicals to get rid of weeds and other nuisance plants, especially near one of our raw water sources,” McClintock says.

About 160 miles northeast of the Hefner Canal, Sequoyah State Park is in its third year of employing landscaping goats. A team of seventeen manages a few fenced-in sewage lagoon cells across the 2,200-acre park grounds. Park manager Tony Presley credits the success of the program to the goats’ discerning palates.

“They’ll eat grass, but it’s the last thing they’ll eat,” Presley says. “They’ll eat all the weeds and just keep it trimmed down, where we were having to go in and manually mow it.” 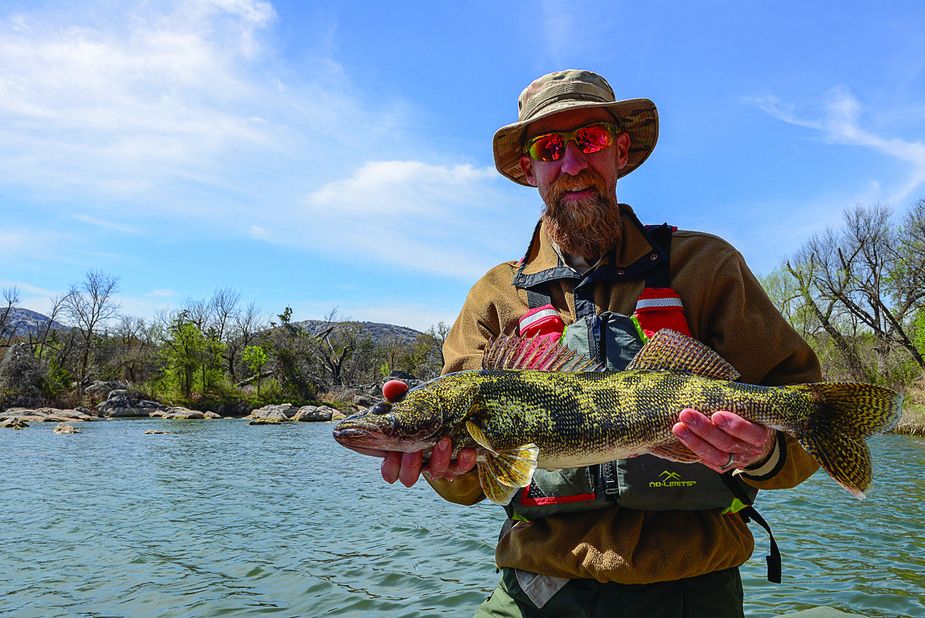 Presley says management of the Sequoyah goats is minimal: occasional veterinary checks, a little water, a little supplemental feed if needed, and keeping them wormed. Presley noted that his goats are social and must always be kept at least two to a pen.

The Hefner goats are social too, though they’ve taken it to another level. McClintock says goat updates on Oklahoma City social accounts are always very popular, and someone unaffiliated with the city has been running a Hefner Canal Goats Twitter account—@hefner_goats—and tweeting as the goats since 2014.

Goats providing services to the city or state may not be what the term service animal conjures. As defined by the Americans with Disabilites Act, a service animal is “any dog that is individually trained to do work or perform tasks for the benefit of an individual with a disability.” Over the last several years, the rise of emotional support animals has sparked debate on that limited definition, which has popularly expanded to include all manner of animal aids. Southwest Airlines, for example, allows trained miniature service horses onboard flights.

And though not service animals in the traditional sense, K9 units in municipal police departments date back decades in Oklahoma. The Tulsa Police Department’s K9 Unit was established in 1962, and the Oklahoma City Police Department’s began in 1963. The dogs are invaluable for police efforts like bomb sniffing, tracking missing persons, and apprehending suspects. A handful of the state’s sheriffs’ offices also have mounted patrol units, often as part of a volunteer reserve force using horses for services like crowd control, crime prevention, and search and rescue. 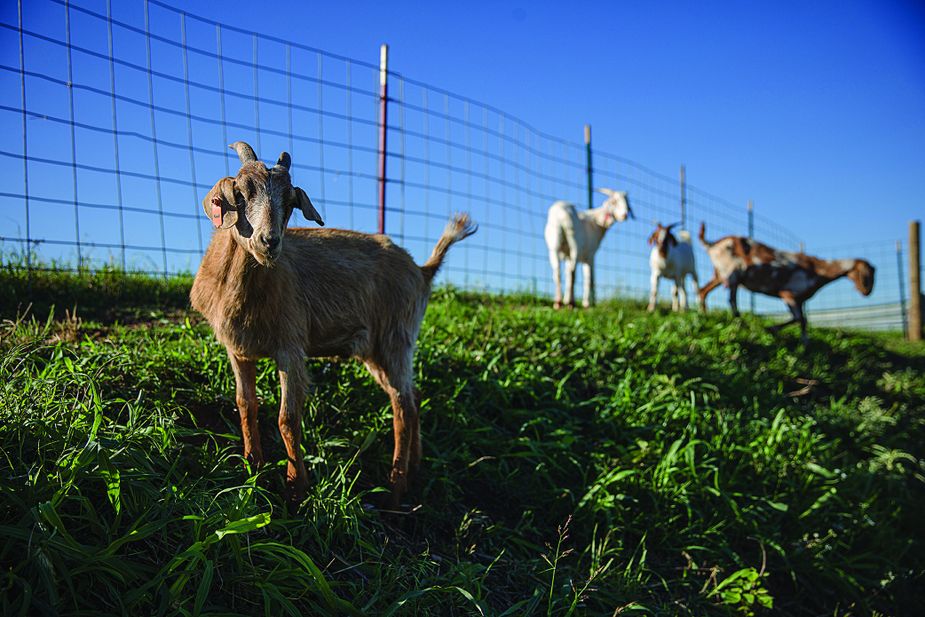 Oklahoma’s turf has been pretty well covered by animals looking to lend a hand—or paw or hoof—wherever needed, and the state’s bodies of water benefit from their fauna as well.

The Oklahoma Department of Wildlife Conservation produces saugeye—a hybrid of walleye females and sauger males. According to fishery research supervisor Kurt Kuklinski, the ODWC stocks saugeye into lakes suffering from an abundance of small crappie. The saugeye eat the small crappie, allowing biologists to manage crappie size while providing a brand-new sport fish for anglers. Early saugeye stocking began in the mid-’80s, including testing at Lake Thunderbird, where the program continues today.
In the meantime, ODWC is able to maintain the biological balance in stocked lakes because the hybrid fish are unable to reproduce on their own in the wild.

“Because there’s no natural reproduction, they can’t explode once they’re introduced,” Kuklinski says.

ODWC’s four hatcheries use another fish, the non-native grass carp, in culture ponds in much the same way goats assist on land.

“Grass carp do a good job of eating rooted aquatic vegetation, which can help bring a weed-choked pond or lake back to a balanced state,” Kuklinski says.

That balanced state is just one example of the state’s symbiotic natural partnerships changing the landscape—figuratively and literally—between human Oklahomans and their furred, finned, and feathered neighbors. 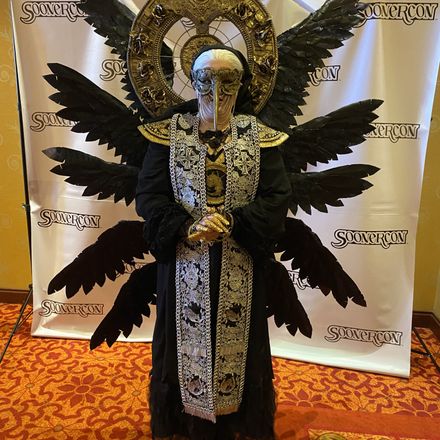