“If you walk up and ask black kids in the city, ‘Where’s Boley?’ 99 percent of them would say that they’ve never heard of it,” Cecil Jones told writer Burkhard Bilger for an Oklahoma Today story in 1997. “But that history needs to be told.”

“A friend of mine, an Anglo, picked up a black history quiz in my office,” Ballard recalled to Bilger. “He looked at it for a second, and then said, ‘I don’t know the answers to any of these; I never had to learn African-American history.’ And I said, ‘Well, I had to learn yours.’ The point is that we aren’t the only ones that have been deprived of our history. Whites have been deprived of it too.” 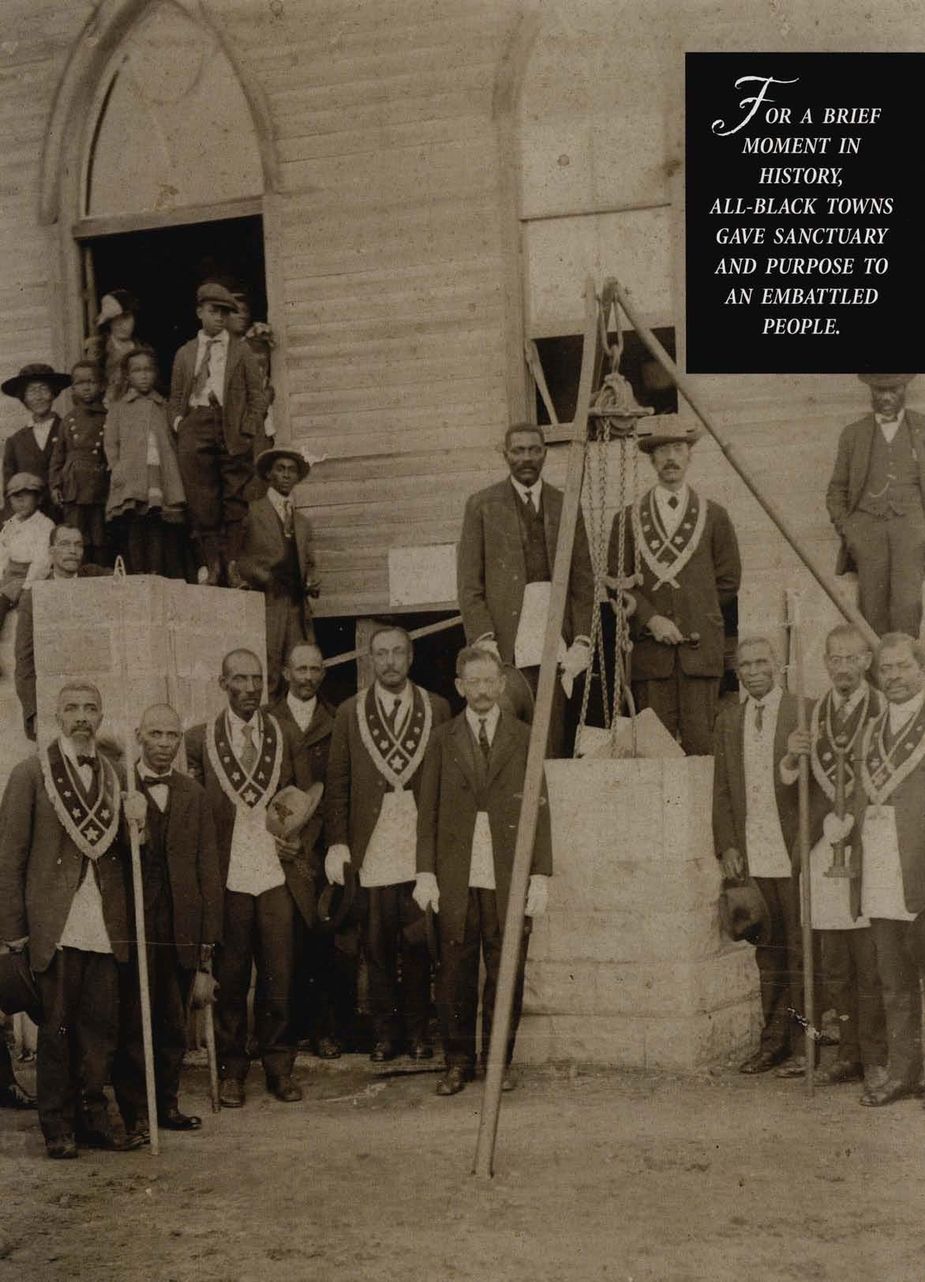 A page from Burkhard Bilger's story "My Eyes Have Seen The Glory" in the February/March 1997 issue.

I read these two men’s quotes in “My Eyes Have Seen The Glory,” which is Bilger’s story about the struggle and prosperity of some of Oklahoma’s all-black towns in Oklahoma Today’s 1997 February/March issue. I had never heard about some of the towns he wrote about and I wouldn’t be surprised if many of you hadn’t either.

I have been doing a lot of thinking about the Black Lives Matter protests and every aspect that surrounds the movement. I have realized that much of what I have learned in the past few weeks has been because of that movement and the different perspectives that support BLM in different ways.

I can thank Twitter for much of what I’ve learned, because it let me delve more into Oklahoma history than I had during my public school and college education. I have tried to remember a time during my history classes where my teachers discussed African-American history in depth, but I can’t. This isn’t meant to dog out my history teachers—I had many great instructors—but it’s been on my mind recently.

Bilger had the answer in 1997 to this very question. 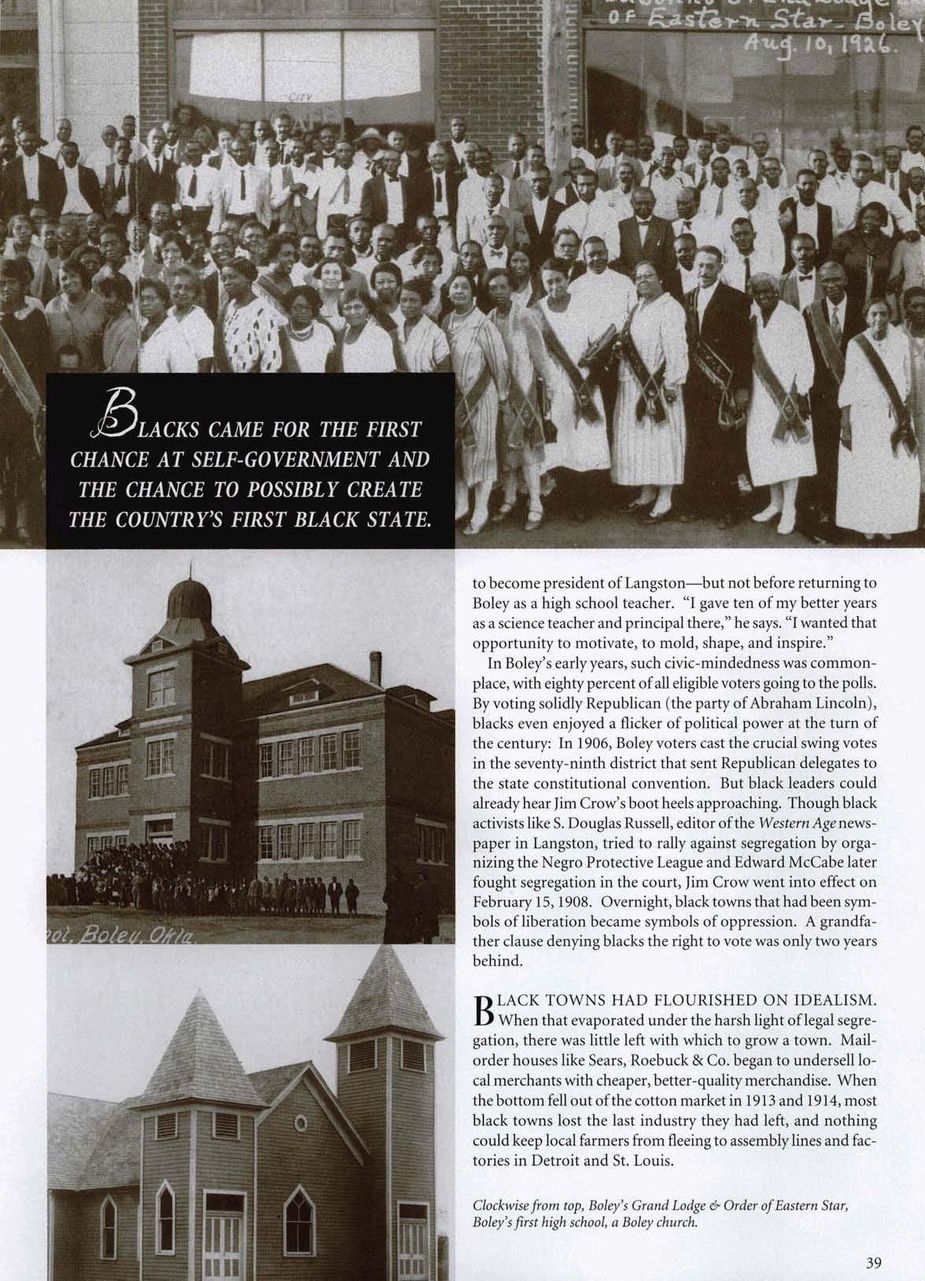 Bilger's story focuses on the history of Oklahoma's all-Black towns.

“America has educated its children on black history that begins in slave quarters in the deep South, jumps to the civil rights marches of Martin Luther King, and only too often ends in the ghettos of modern-day America; how differently would white Americans view this same culture if they knew all the glory and accomplishment that came along the way? The history of Oklahoma black towns would fill in those gaps mightily,” he wrote.

June was the ninety-ninth anniversary of the Tulsa Race Massacre. I’m thankful I learned about this and saw many people on social media remembering the Black lives lost on this horrific day. How different would the beliefs, views, and thought processes of every American be if the Tulsa Race Massacre and all-Black towns’ histories were more prominently focused on in students’ education?

I hope after reading this and Bilger’s story, you will remember and learn more about the all-Black founded towns throughout Oklahoma. Where there were once more than fifty, only thirteen are still active today: Boley, Brooksville, Clearview, Grayson, Langston, Lima, Red Bird, Rentiesville, Summit, Taft, Tatums, Tullahassee, and Vernon. 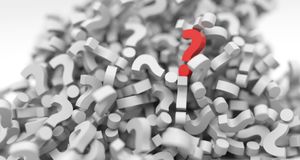