Every September Oklahomans gather around carnival rides and fried food at the Oklahoma State Fair. But this year, September came and went, and the annual event did not take place, like so many things in 2020.

Another tradition we have here at Oklahoma Today is an annual recipe contest from the State Fair’s Oklahoma Pride Cooking Contest winners, where Oklahomans from Guymon to Broken Bow share their best homemade recipes for the chance to take home the Best of Show award. But just because the fair, and consequently the contest, was canceled this year doesn’t mean you have to miss out on discovering original and fun recipes by other Oklahomans.

Whether you’re missing your favorite fair food this year, or simply want to try out a new fall-themed dessert or baby back rib rub, here’s a list of six winning recipes from from previous years to try at home: In a very large bowl, combine the first eleven ingredients. Toss the peach with the lime juice and then pour into the mixed ingredients. Cover and refrigerate until serving. Serve with tortilla chips, naan, or flax seed crackers.

For homemade naan:
Combine 1 ½ cups flour, ½ tsp garlic powder, ½ tsp baking powder, and ½ tsp salt. Stir in 3 Tbsp. yogurt, 1 Tbsp. oil, and ½ cup of milk. Knead until soft, then let rest for thirty minutes. Portion into small balls, then roll flat. Cook on each side in a cast-iron skillet until light brown. 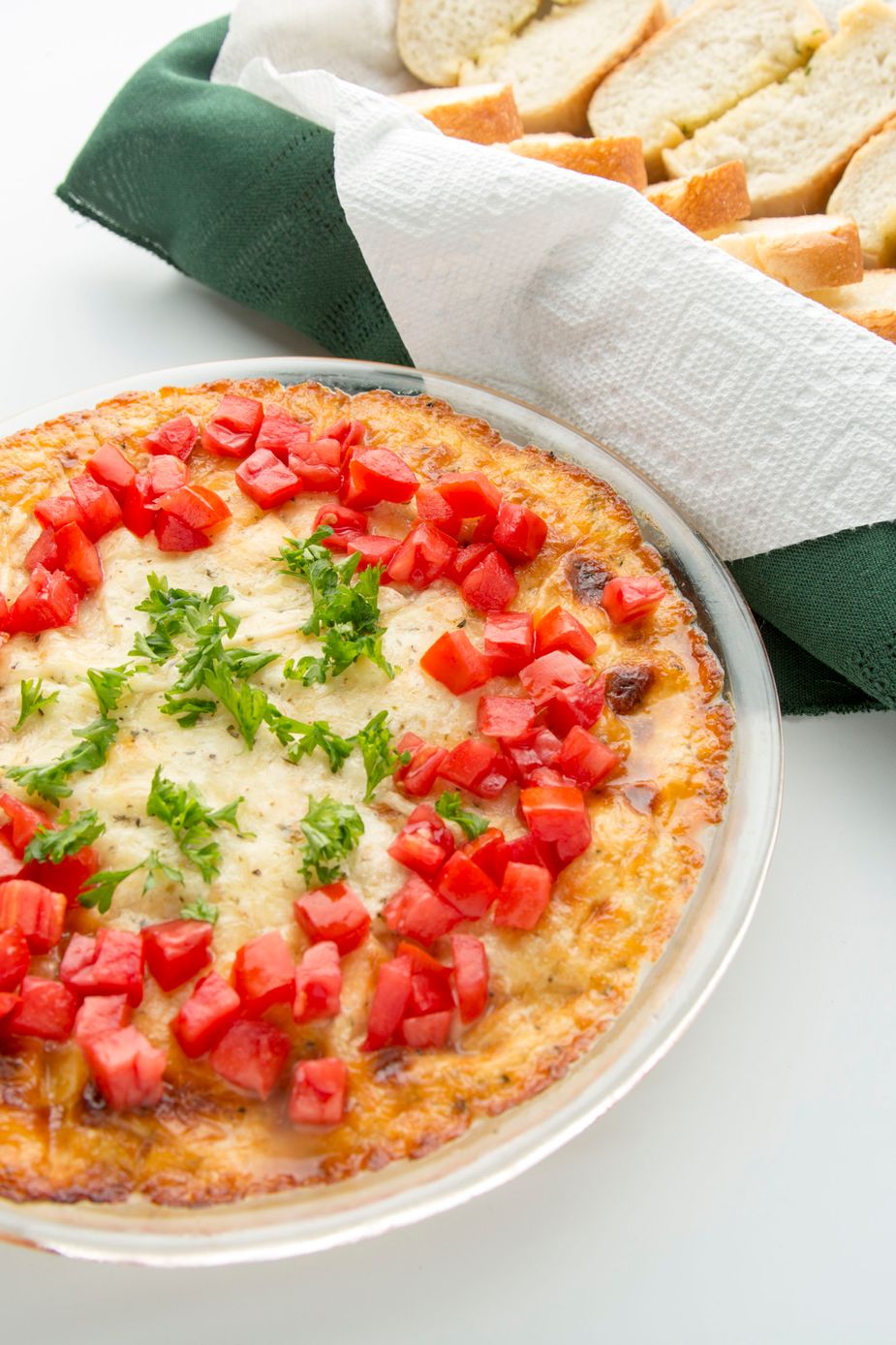 Preheat the oven to 450 degrees. Combine sour cream, all 3 cheeses, Italian seasoning, and red pepper flakes in a large bowl. Spray 1.5-quart casserole dish or pie plate with nonstick spray. Pour the mixture into the prepared dish. Bake for 15 minutes until the mixture is melted and bubbly. If you want the top extra brown, broil for an additional 2 to 3 minutes. Garnish with diced tomatoes and parsley. Bake bread slices for 5 minutes then serve immediately with dip. Mix all the dry ingredients together. Peel the white membrane from the back of the ribs. Generously apply the rub to the ribs. Preheat the grill on high. Place the ribs on the top rack, reducing heat to low. Close the grill lid and cook for one hour. Brush on barbecue sauce, and grill for 10 more minutes. Allow ribs to rest for about 10 minutes before slicing. 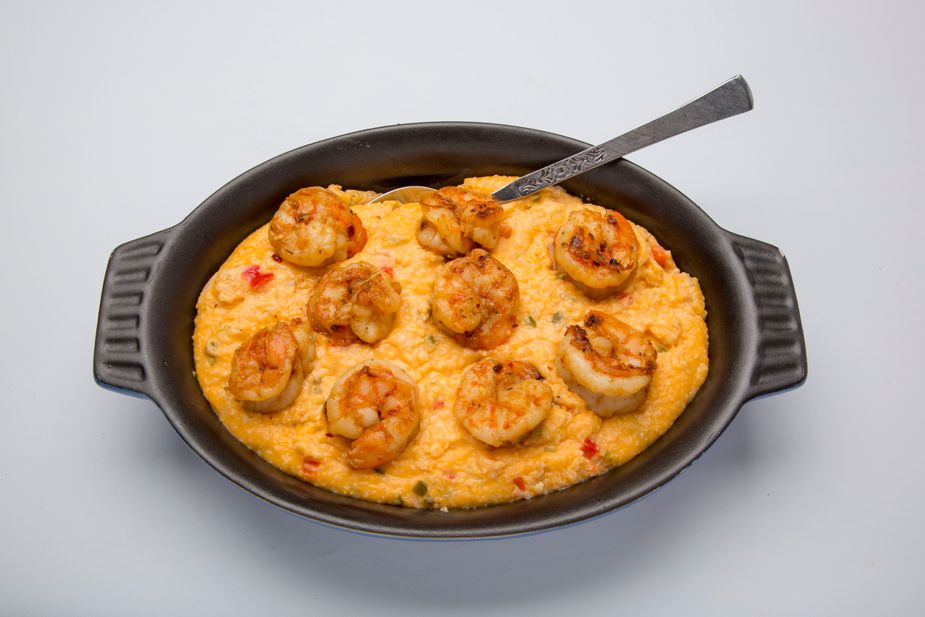 Marinate shrimp in a bowl with 2 Tbsp. pepper butter, Daddy Hinkle’s seasoning and Southwest rub. Store in the refrigerator. Heat olive oil in a saucepan, add onion, chopped jalapeno and red pepper, and saute until soft or about 5 minutes. Add garlic and saute 2-3 minutes longer. To this mixture, add the water and bring to a boil. Add dry grits, reduce, cover, and cook for about 10-12 minutes, stirring occasionally to avoid sticking to the pan. Stir in cheddar cheese, cream cheese, Buffalo hot cheese, and the remaining 2 Tbsp. of pepper butter.

Heat grill to medium high. Grill shrimp for 3-4 minutes per side. Extra large shrimp can go straight on the grill, but skewer smaller shrimp first. Serve immediately with cheese grits and sprinkle with smoked paprika. To make the filling, in a medium bowl, mix cream cheese, sugar, 1 tsp. vanilla and cinnamon for 1-2 minutes or until smooth. Mix in egg on low until just combined; set aside.

To make the cake, preheat oven to 325 degrees. In a large bowl, cream butter, cream cheese, and both brown sugars until light and fluffy. Add eggs one at a time, beating well after each addition. Beat in 1 tsp. vanilla. In another medium bowl, combine flour baking powder, baking soda, and salt. Add to the creamed mixture alternately with sour cream. Beat well after each addition. Stir in half of cinnamon pecans. Pour half of the batter into a greased and floured fluted tube pan. Carefully spoon filling on top of the batter then pour remaining batter on top of the cream cheese layer and smooth it out. Bake for 60-70 minutes or until a toothpick inserted into the cake comes out clean. Cool on wire rack for 20 minutes, then invert the cake onto a plate and allow it to cool completely. To make the icing, combine powdered sugar, milk, and remaining vanilla until smooth. Add more milk to thin if necessary to achieve pourable consistency. Drizzle over cooled cake and let sit 10 minutes to harden. Sprinkle on cinnamon pecans to garnish. Preheat the oven to 350 degrees. Mix flour and brown sugar. Cut in butter. Put in a foil lined 8 inch square cake pan. Bake for 15 minutes. Beat cream cheese and sugar until well-blended. Beat in egg and vanilla. Pour over the warm crust. Stir together apples, cinnamon, nutmeg, and sugar. Sprinkle over cream cheese mixture. Mix brown sugar, flour, oats, and butter until crumbled. Sprinkle over apple mixture. Bake for 30 minutes or until filling is set. Remove from the oven and drizzle with cold caramel syrup. Cool and slice into 12-16 bars.

If you end up trying a recipe, want to share your favorite dishes you’re making at home, or want to send me future story tips, drop me a line at abigail.hall@travelok.com.

Thanksgiving is on the way, but there's a whale (literally) of holiday cheer coming from across the state in the latest Weekly Events Cal...

Go for a walk. Or, if you're not in the mood, read this blog from Editor-in-Chief Nathan Gunter. Then you'll be aching to put on some sho... 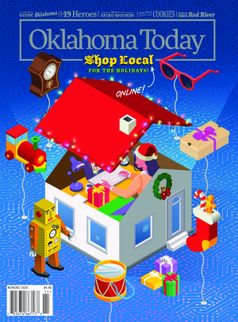